The view from kunanyi / Mount Wellington down to Hobart is impressive. With this photo I was struck by the barren rocky area in the foreground, down to the stark treeline and then Hobart beyond. My photography and editing skills haven’t done it justice.

And sitting atop the peak is this 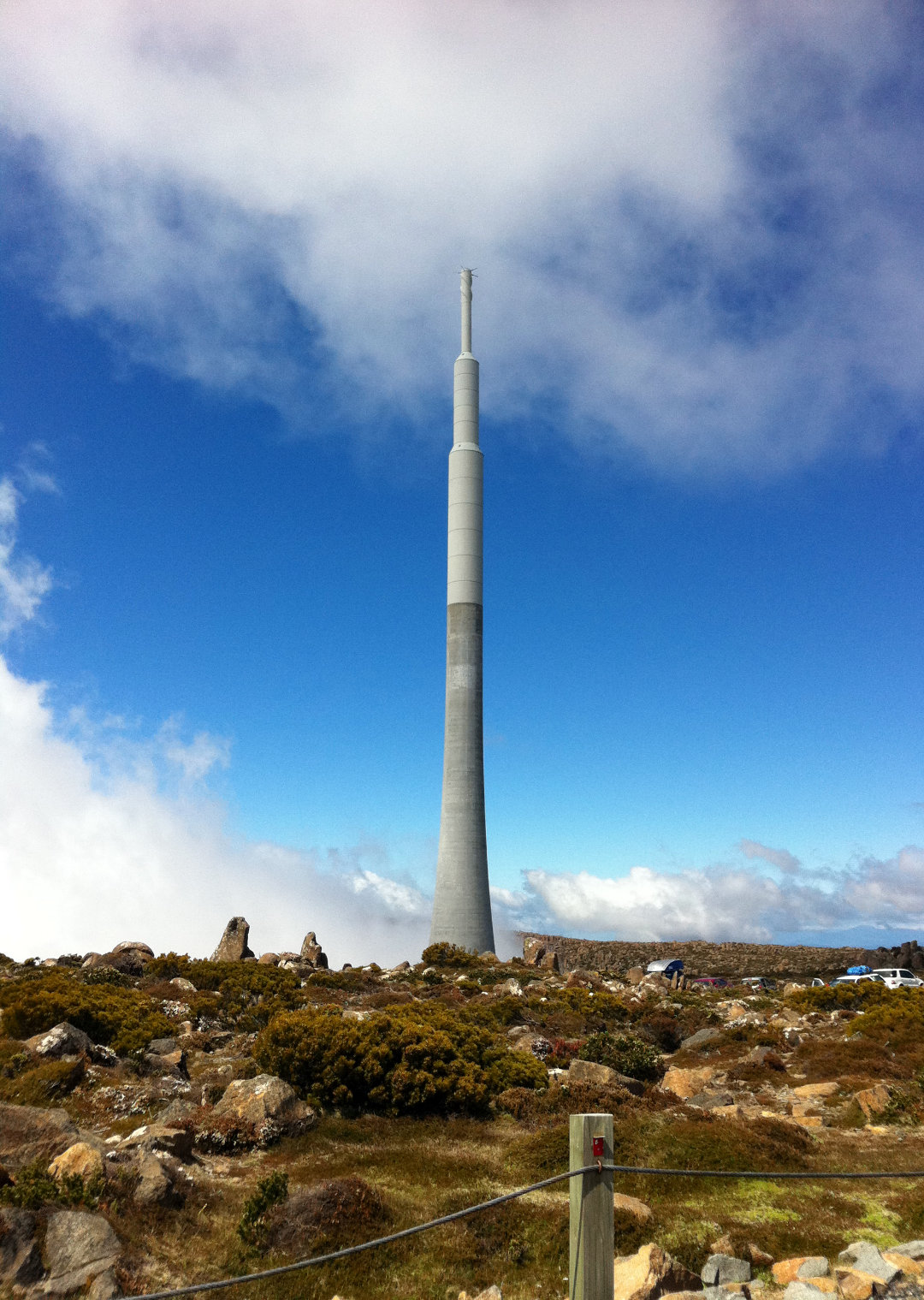 It’s a tower. The Broadcast Australia or NTA Tower actually, which broadcasts FM radio stations and ABC & SBS digital television channels across Hobart. But still, a tower. I do like the contrast of the light, man made, concrete against the deeper, natural, browns, greens & blues of the surroundings. I also like the cloud floating just beyond the base.

kunanyi / Mount Wellington (traditionally known as Unghanyahletta and Pooranetere by the local Mouheneenner Aboriginal communities) is the summit of Wellington Range in the Wellington Park reserve.

View all posts by aston